No pants, no problem 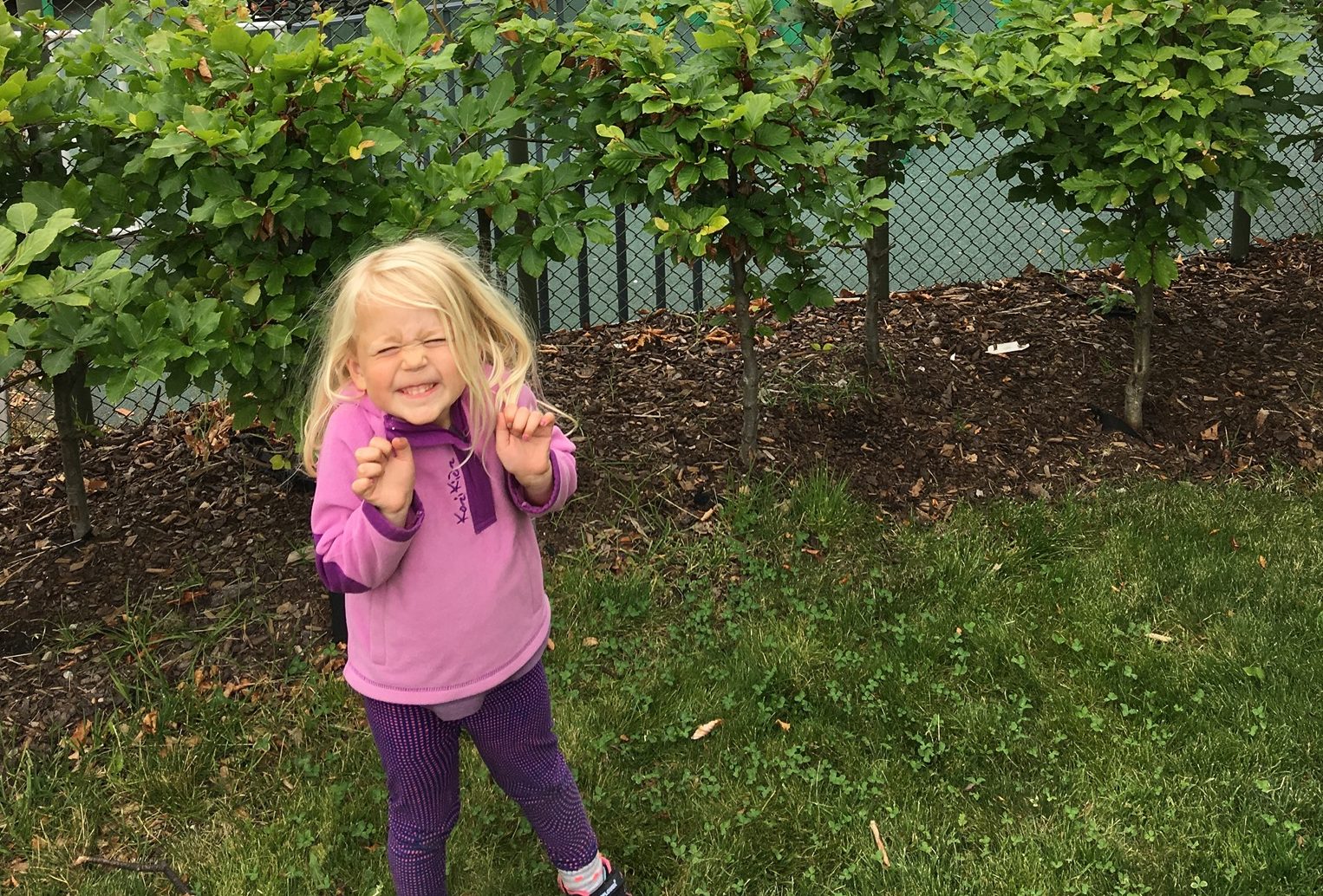 “It’s my body and I can wear whatever I want.”

My daughter stood defiantly before me, hands on hips in her underwear, a t-shirt, and sandals.

Picking her up from preschool is usually fairly quick but today, my sweet daughter looks more like a stubborn rhino.

She will not budge.

Her teachers, also unwilling to die on this hill, placed her purple leggings in her cubby. I shrugged my shoulders and jammed the leggings in my purse. She wouldn’t be wearing any pants today. Okay, fine by me.

The weather was warm, we weren’t posing for family portraits, and her brother’s elementary school, our next destination, doesn’t have a pants policy that I’m aware of.

I often see Swedish kids running through the sprinkler in their underwear at his school so I’m not worried about any judgmental looks while my daughter prances about in her purple polka-dotted undies.

Why are so many parents caught up in forcing their children to adhere to particular social norms when the situation can be flexible?

Nobody wants to be seen as a pushover but it’s not fun being the disciplinarian 24/7, either.

I could’ve dug my heels in and forced her to put her clothes on, but it would’ve been painful for everyone involved. And really…did it matter? Was the fight worth it? I decided it wasn’t.

Much of my parenting style is go with the flow.

If it’s not an emergency, nobody is in immediate danger, and it’s not against the law, then I’ll usually allow it. Some might call it lazy parenting. It’s definitely a lazy approach to parenting, but it works for us. I’m happy and my kids are happy about 85% of the time.

The few rules I do enforce, I enforce strictly, and the kids know it.

There are often tears and stern voices involved. It’s a big deal when I enforce something because it means that their behavior crossed a line that goes directly against my core values.

Childhood should be carefree.

How much structure is really needed from the parent? I’d say as much structure as you need to raise a decent human being aka not a serial killer. Add that badge of honor to your Instagram, #mykidisntaserialkiller #parentgoals.

If your kid is nice, generous, and aware of others’ needs, then don’t worry so much about them being loud at the playground.

Most rules that parents invent are completely frivolous.

I define a frivolous rule as one that:

– is nearly impossible to enforce (eating is one of these),

– doesn’t have a meaningful consequence if they don’t follow it, and

– is something they’ll end up breaking all of the time without meaning to.

For example, if your child is loud at the playground and you keep telling them to be quiet, you’re setting yourself up for unnecessary conflict that will do nothing but drive you and your kid(s) crazy.

A) It’s a playground—they are going to be noisy because they are outside and are finally allowed to be noisy.

B) There’s no meaningful consequence for being loud at the playground other than you yelling at them. No noise police is going to come down and arrest your child.

C) You can’t stop your child from being noisy without physically removing them from the situation. So, unless you’re prepared to remove them from the playground for that offense, you have a frivolous, unenforceable rule.

Get rid of the frivolous rules you have invented that are nearly impossible to enforce.

Sometimes, it’s best to accept defeat on some things so you can focus on enforcing the few rules that are very important to you.

My core value rules are ones like, “No hitting or hurting someone intentionally,” “Don’t say mean things about someone even it’s true (to their face),” and “Don’t run out into the street,” because they are designed to teach my kids about safety and decency. At the end of the day, I want my kids to contribute to the world as positive members of society.

They can’t contribute if they are hit by a car, so we factor in some safety rules, too.

But breaking a leg? That’s ok because kids break limbs all of the time. A broken bone is only an inconvenience, so I’m not going to stop behavior that might result in a broken leg. Go ahead, kid, jump from up there and see how it feels. It’s unlikely they are going to break anything so they should learn from the experience.

So, back to the pants. Trotting around in purple polka dot underwear isn’t breaking any of my core value rules. She’s not hurting anyone, breaking social norms, or behaving in a way that I find morally reprehensible, so I allow it.

I encourage you to think about what rules you enforce that are really frivolous and which ones are based on your core values.

You might find that you don’t need to enforce so many.