Why You Should Give Some Cities a Second Chance 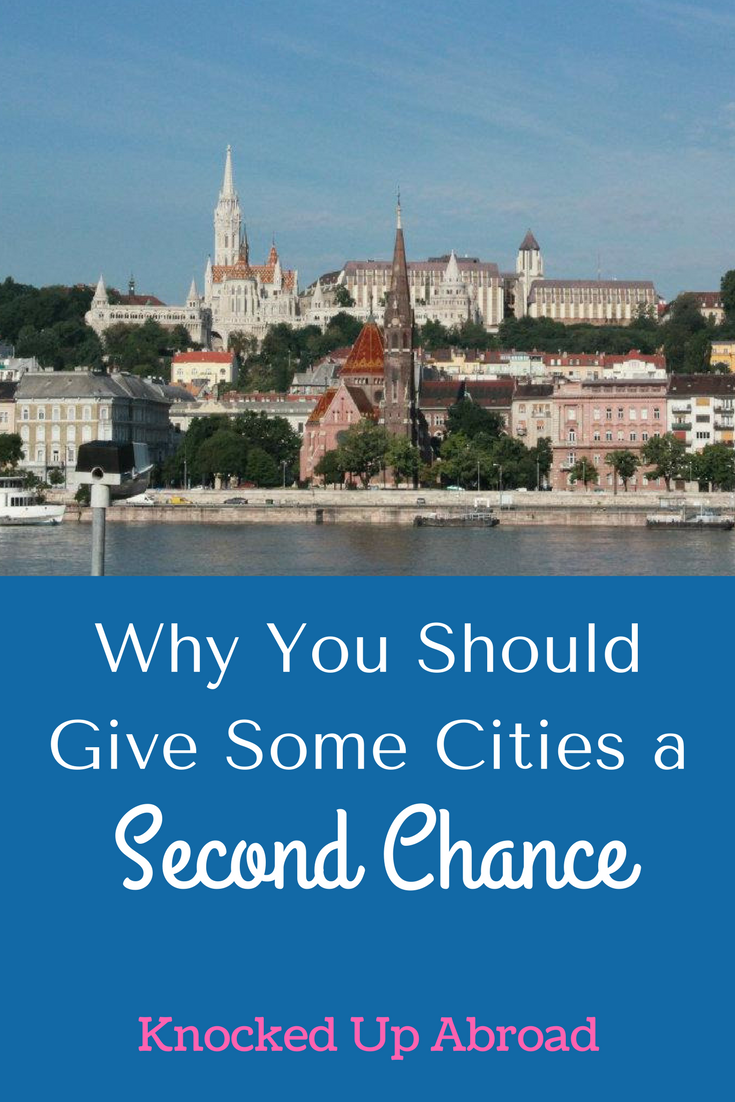 Have you ever met someone who raved about visiting a particular city and you wrinkled your nose and shook your head, “Gah, no. That was not our experience at all!”

How can people have such different impressions of the same place?

Maybe the weather was bad, your kids were whiny, or you were tired from traveling. Maybe you picked the wrong restaurants, got lost too many times, or felt overwhelmed by the crowds.

There are tons of reasons why your first visit to a new city or town may not be favorable. Some places deserve a second glance before you write them off for good.

We have a list of places we want to visit and see, so we are often too quick to write a city off once we’ve been there. Been there, done that, let’s move on.

There are too many places to see and too little time, money, and energy to see them all so why go back to a place where you had a “meh” time before?

[Tweet “There is too little time, money, and energy to return somewhere we had a “meh” time.”]

Because some places are much better the second time around and you’d be missing out if you didn’t try again.

During our first trip to the capital city of Hungary, we did all of the typical touristy things. Little did we know that we were visiting the most depressing sites Budapest has to offer and we left the city feeling like the Hungarians were the most oppressed people on the planet.

On our first trip, we saw the House of Terror with the intent of learning more about the history of double occupation in Hungary. We only found out later that unfortunately, this museum is regarded by local Hungarians as presenting an incredibly white washed version of history.

We also toured the Hospital in the Rock—a hospital bunker below Buda Castle—which delivers just as many depressingly horrific stories from WWII. The hospital was overcrowded and the conditions were horribly unhygienic and unsafe.

Our first visit was somewhat depressing. Why go back?

The chance to meet up with friends brought us back to Budapest, and I’m so glad we did.

Our second visit was the polar opposite from our first. We planned out more family-friendly activities like visiting one of the world’s oldest zoos, Budapest Zoo, and a relaxing day at a simple-yet-awesome amusement water park, Palatinus Strand.

Both days were at the top of my kids’ “most favorite days ever.”

Another difference was that we had two kids this time around (ages 6 and 3) so our pace was a lot slower than before when we could just put my baby in a stroller and jet around the city.

Taking the time to explore slowly meant that we enjoyed it in a different way than we had when we were racing around seeing as much as we could.

A definite win for slow travel.

After our very positive second trip, my six-year-old son requested to return to Budapest for his birthday in April. If that’s not a rave review of a city, I don’t know what is.

Doing activities that, while educational, are inherently depressing, may not lead to the most favorable impression of a city. It’s not saying that historical tours are not worthwhile, but you might want to balance your trip with some light hearted activities.

While our first trip to Visby, Gotland was amazing, our second visit was even better.

The mistake we made on our first trip was that we didn’t rent a car. Had we done so, we would’ve been able to explore the island and see more sights that the island has to offer visitors.

My second visit was enhanced by my familiarity with where to go and what to see and renting a car made all of the difference.

We saw the karsts in the northern part of the island and got stuck in sheep traffic that only can happen when you venture outside of the medieval city walls. Also, the weather was warmer because we visited in August instead of May.

If someone recommends that you rent a car to get around, they probably know what they’re talking about. Rent the damn car and don’t underestimate how weather can influence your mood.

[Tweet “Don’t underestimate how weather can influence your mood.”]

I might be the only person ever to be underwhelmed by Paris, but upon first glance, my gut reaction was, “so what?” :: Prepares for tomatoes to be thrown at her.::

We had the incredible good fortune to have my husband’s cousin who is fluent in French take us around Paris and her fluency made everything much easier.

That said, we did the typical touristy things (again, because you have to) and I was underwhelmed by the Eiffel Tower (and it was raining), and we were surrounded by other obnoxious tourists (we were visiting in August).

I didn’t get a sense of the city and couldn’t understand why people loved it.

When I went back in April the following year, I got to see Paris in all of its natural beauty. The people make the city and watching Parisians (not the tourists) mill around the city with grace and style was really something to behold.

On my second trip, I met up with my girlfriend from college, and the positive emotions from that reunion undoubtedly shifted my perspective on the city.

Your state of mind can color your impression of a city, and the locals may be the necessary ingredient to see the true heart of a place.

There aren’t many places that I want to return to time and time again. We’d almost always prefer to explore new ground but sometimes, relieving the pressure of having to “see it all” in one trip, going slowly and cherry picking a few activities that only the locals do might be the difference between a “meh” vacation and “the best trip ever.”

However, in all of our cases, my enjoyment of a city really had nothing to do with what the city had to offer but was influenced by external factors beyond our control like the weather, the age of my children, and my familiarity with the city.

[Tweet “”In all cases, my enjoyment of a city was influenced by external factors””]

There are many reasons why people love a place whereas others wrinkle their nose at the mention of it.

Give it a second chance and you will probably have a much different experience.

What cities have you given a second chance? Did you have a better time?

How to Travel Light as a Family

10 Reasons Why It’s Awesome Being Knocked Up Abroad

The Knocked Up Abroad Series