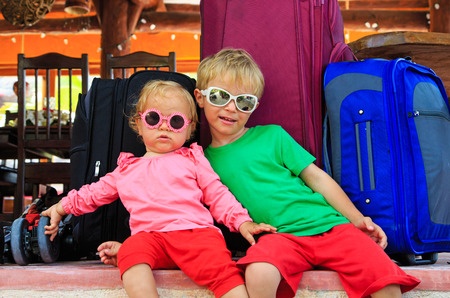 The fourth article in the Global Women Discuss Love, Loss, and Family Abroad series between Gabrielle of the Expat Coffee Club and a few Knocked Up Abroad Again contributors tackles moving abroad and the emotional challenges associated with these large transitions.

Gabrielle: When my parents told me that we were moving, I was devastated. Despite the fact that we were not leaving the country, this move seemed like the end of the world to me. I was leaving a school that I loved, great friends, and a fun neighborhood for the complete unknown. My friends and I promised to keep in touch and see each other often, but being dependent on our parents to drive us an hour one way just so that we could see each other, such a promise quickly fell through.

Although it was not a new country, it sure felt like it. The people, the language, and the culture in Quebec were all so very different from what I had known. Furthermore, because of the historic relationship between Quebec and the rest of Canada, classmates felt it very important and cool to emphasize just how they were different from the rest of the country, creating an “us and them” sensation. Although I spoke perfect French it wasn’t the right kind which meant that I didn’t fit in and also warranted me bad nicknames and mean comments. Even after years of living in Quebec I still feel like I’m straddling two worlds without quite fitting in either of them.

Because of this experience, I became worried about how an international move would affect my future children. Traveling around the world with babies seems fine, but what do you do once they’re older and want to go to school and have friends?

Sarah: This last move from Hong Kong to Zurich was really difficult for our 4-year-old son. He mentioned Hong Kong at least once a day for about six months. It was heartbreaking because it took so long to integrate into Swiss life. The best thing about being an expat kid is that it is a passport to making other expat friends. It seems that he has a strong connection to other little boys who moved here about the same time and who also must miss their previous life. Keeping children busy and establishing family rituals are key.

: Hi Gabrielle! Traveling and moving to different countries when having a baby can be challenging too. I wouldn’t say it’s easy. We paid attention to health risks, access to good healthcare systems, safety when driving for example. It can be really complicated. But yes, maybe it’s easier than with children that are already “rooted” somewhere. When they go older, you face different challenges. You need to support them to say goodbye well and to adjust to new environments. Also to build their identity despite the lack of stability.

: Never underestimate how much kids learn from traveling—whether it be bartering in markets, understanding the elasticity of demand (e.g., hiked-up prices in airports for captive markets or how to convert between currencies) and soo much more. If you live for any length of time in other countries—you send them to school…and they make friends. Just as in your home country, there are great schools (and of course not so great schools) all over the world. The language of instruction may or may not be in English, but most kids tend to thrive wherever you plant them, particularly if the parents have a positive attitude to the location. For many children experiencing different school systems or language can be extremely beneficial and help them become a more rounded individual. It becomes trickier if you’re in rural Africa, for example, or if your child has special educational needs, but that’s a totally different story.

: This is completely a personal choice in what a family finally does, but opportunities abound. There is an international school in even the most remote of cities in China (looking at you Xining!). My personal perspective is if there are local children growing up healthily and happily in the area where we plan to live, there’s no reason our children can’t live there and have friends since children are more action friends than “let’s sit and chat over coffee.” Language isn’t really needed like it is for adults. Is there anywhere in the world where people are that children are also not there? Maybe that means educationally we’ll need to homeschool or find private tutors for a time, or even mix our education choices, but we’ll make it work if we want to live where we do. By the way, did you know China’s math and science test scores are higher than the math and science scores of the US?

: It seems to be standard that once your child reaches 12, 13, 14 years old, moving becomes more challenging. We said that we’d move until our kids start high school, but I know some families who had to stop earlier because their kids refused to move again. It’s a tough situation, because how much say should you give your kids?

Don’t forget to read the other posts in this collaborative series:

Getting Everyone On Board When Uprooting Your Family

How To Deal With The Loss of Loved Ones Abroad

Balancing Careers And Family Life As An Expat

For a list of free resources to help you with your next relocation, visit the Resources page.

There Are Good People Everywhere Another Thanksgiving Holiday Abroad