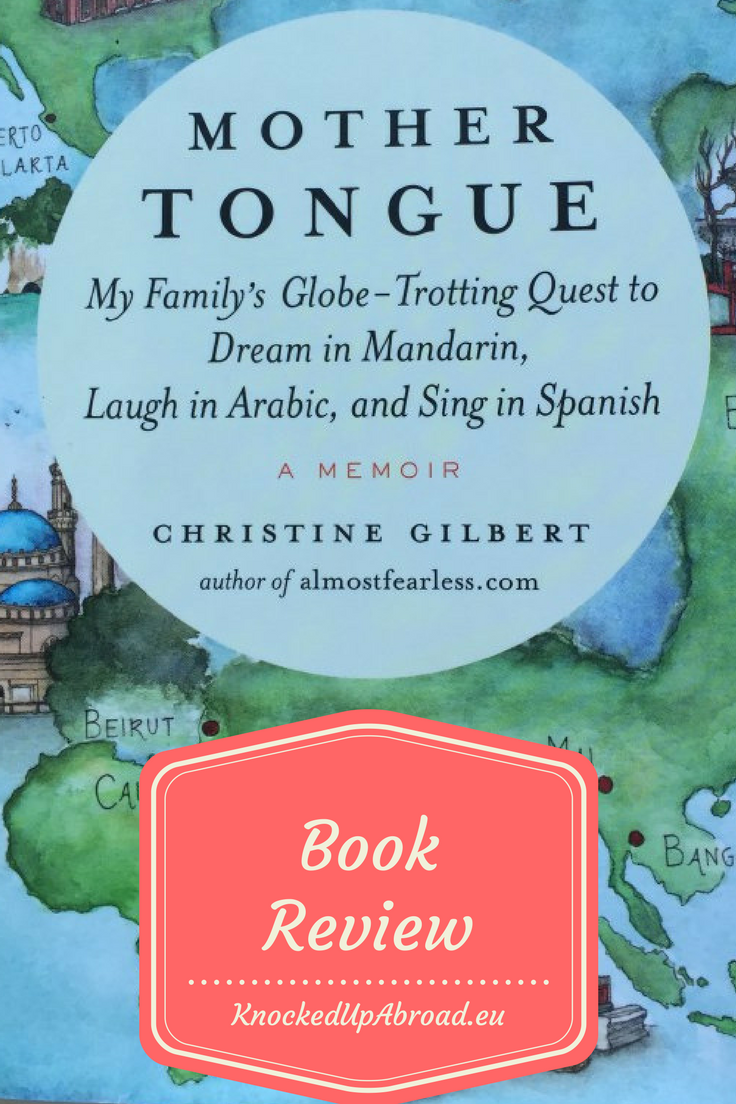 I pre-ordered this book because Christine Gilbert was offering some awesome rewards for her fans before the book hit the shelves. Despite living in Sweden, it arrived only 20 days after its release and I devoured it while absorbing the intense Swedish summer sun on my front deck.

Christine Gilbert is somewhat of my publishing and adventure-driven nomadic mentor. She regularly packs up her family and sets off to a different country (she’s traveled to over 35 countries) as she and her husband have digital careers. She has self-published numerous books and traditionally published her memoir with Avery, Mother Tongue: My Family’s Globe-Trotting Quest To Dream In Mandarin, Laugh In Arabic, And Sing In Spanish.

Her online courses are super clear recipes for how to start and sustain a digital career that allows you to live anywhere in the world. She’s been successful and definitely knows what she’s talking about so if you’re interested in furthering a creative digital career, Christine is someone to follow. (Head to my Resources tab to see what courses she offers.)

So what were my thoughts about the book?

Christine’s goal to become fluent in three different languages within a few months is insanely ambitious—to say the least. Her bravery and penchant for adventure are admirable and inspiring. Most people are reluctant to travel with their children but Christine and her husband routinely dive into the unknown head first.

Christine and her husband are proof that you can be rootless with young children and still raise a healthy family. In a lot of ways, it reassured me that I’m not crazy for pursuing a non-traditional model of raising my family abroad.

While we don’t live a nomadic lifestyle because I crave stability, I could relate to Christine’s drive for always living outside of her comfort zone. It is inspiring to witness someone continuously pushing themselves beyond their boundaries and thriving. It is why people want to learn her secrets. Her secrets are to continue seeking out new challenges. Never stop growing—it’s deceptively challenging and easy at the same time because growth is uncomfortable. Living in uncertainty is always uncomfortable.

What I loved about her memoir is that she admitted when their situation was no longer right for her family. Life abroad is hard and learning language by immersion is overwhelming and frustrating on so many levels. However, Christine pushed through all of those very real yet surface-level discomforts until they were no longer superficial.

Living in China, Beirut, and Mexico was all voluntary, and she was right—when something is no longer in the best interest of you and your family, change your situation. She reconsidered what was most important and wasn’t afraid to pull the ripcord. I admire that self-awareness and lack of ego.

So many people remain in a mental or physical state in which they are miserable, miserable! but never change because they are afraid of “failure.” Change requires energy and that always comes at a cost but staying in a miserable situation is worse.

I will probably never live in China, Beirut, or Mexico because we think Sweden is pretty incredible, but I love supporting role models who are regularly striving for excellence and challenging the status quo.

Grab your copy today if you’re interested in following Christine’s journey around the world.