When The Exciting Life Feels Normal 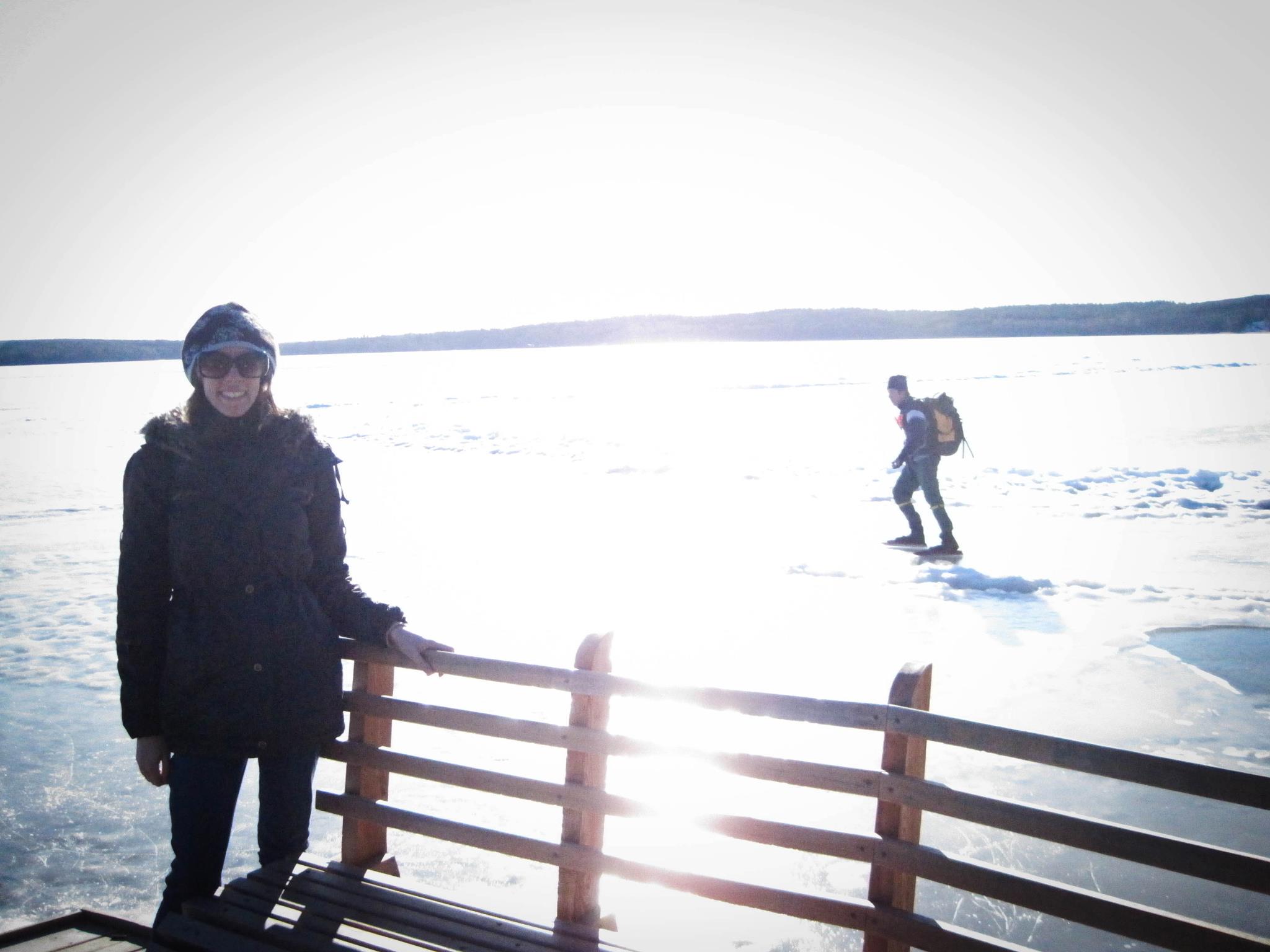 When we first moved to Sweden (five years ago, ahh!), the newness of everything was overwhelming. Every day we jumped into the unknown with glee. It was thrilling to have a clean slate. We could be whoever we wanted to be in this new place.

I spent the first few weeks converting everything into measurements that I could understand and then again into USD to get a sense of the cost. Everything felt expensive (it was). But it was okay because this was all new and exciting.

Get incredibly lost while trying to find a particular restaurant only to discover that they are closed on Sundays? It’s alright. We’ll get pizza from around the corner.

Spend hours in line to get a national ID card, fill out forms, and hope that you’ve done everything correctly in a language you don’t understand? Kind of scary, yes, but we’re hanging in there.

Everything we did felt like a strange but wonderful adventure. I wasn’t sure life would ever feel normal.

The more we explored and became familiar with our surroundings the more the unfamiliar began to feel ordinary. The bigger the mistakes we made, the more we learned—burned into our memories—the correct way to navigate life in this new country.

And then going back to the US felt strange.

The money felt lighter, thinner, and less valuable. I realized how much heavier Swedish kronor were. My hands had become accustomed to handling the heavier coins and saying “Hej, hej!” and “tack” as my default opener and reply while shopping.

My mouth blurted out the wrong words in the wrong place. It all felt foreign despite being home.

[Tweet “It all felt foreign despite being home.”]
While waiting in an airport during a long layover in Texas, I tried to lie down to take a nap but I couldn’t rest. My ears couldn’t turn off. I was so used to the white noise that is life when you live in a non-English speaking country and my brain was overworked listening to all of the conversations around me. I hadn’t realized how much I was tuning out until my brain could process everything without the strain of translation.

But things get better and the more often you visit “home” the quicker you zoom through that I-just-landed-off-an-alien-spaceship feeling.

You remember the feel of money in your hands and to bring ear plugs with you to the airport. You relish in eating your favorite foods again and you overindulge—eager to eat it all.

Five Years of A New Normal

We’ve lived abroad for five years and while not as long as others, or as well-traveled as some, we are past the point when people expected us to return. Like an unlikely couple marrying where the guests murmur that they’ll be divorced before their second anniversary, many people, my international friends included, didn’t think we would stay longer than two or three years. No way would two Americans with no familial ties to Sweden stay for very long.

But we have created our own familial ties out of necessity. We have leaned on friends and they have become family. It is nearly impossible not to and survive those long, dark winters.

Our once exciting, brimming with newness life has become boringly normal. We live, work, and pay taxes. Problems are problems no matter where you live just with different scenery.

And problems, we’ve had many.

We have experienced the loss of friends and family members. We have missed funerals, weddings, birthdays, anniversaries, retirement parties, and countless family gatherings.

We had to explain to our children that no, they can’t go to grandma’s house because we live on the other side of the world and that’s on a non-emergency day.

We’ve had to ask neighbors and near-strangers to help us while we rushed off to the hospital when our daughter was struggling to breathe.

I spent 18 long hours in the hospital by myself while my son had surgery.

My heart races every time my children’s preschool calls me because they only call if there is an emergency. One day, I got a call from my daughter’s preschool. Something was wrong, otherwise, she wouldn’t be calling, but she didn’t sound worried.

I frantically typed what I thought they were saying into Google Translate but nothing was adding up. Did she fall out of a tree or into a tree? Is she bleeding? Is she hurt? Do I need to come right away? Should I take her to the doctor? So many questions and I only heard long hesitations and mutterings on the other end of the line.

It turned out that she fell into a tree and bark sliced right through her nose. I took her to a doctor who glued it back together but I didn’t know the full extent of her injury until I picked her up at the end of the day. I couldn’t gauge the proper level of panic warranted because I didn’t understand the language.

Was it a language barrier issue or a cultural difference?

I’ve also felt the adrenaline-induced fluency because I was in survival mode and pushed through because I had no other choice. My neurons started firing away because the situation demanded it.

It is in those moments, those trials, those hardships, that we have wished for family to live nearby. Times when you can lean on even the most distant relative in a way that you can’t a friend.

Silly me for thinking that this would only be a fun adventure.

The path we all walk when raising our families can seem full of insurmountable obstacles regardless of where you live in the world. Things you never realized you could accomplish or achieve until you are forced to.

My nana always said that we’d be happy living anywhere because that is who we are.

“You bring your light with you,” she said. And maybe that’s true.

Maybe we can root into any place and blossom and grow.

For now, however, we are growing roots down deep, and there will be more adventures, hardships, and joys to come.

A few really smart women helped write this guide to help other families understand some of the tradeoffs involved when raising a family abroad. It’s full of insights that we wish we had known before we jumped off the bridge ourselves. You can download it here for free.