A Virtual Baby Shower On The Riviera 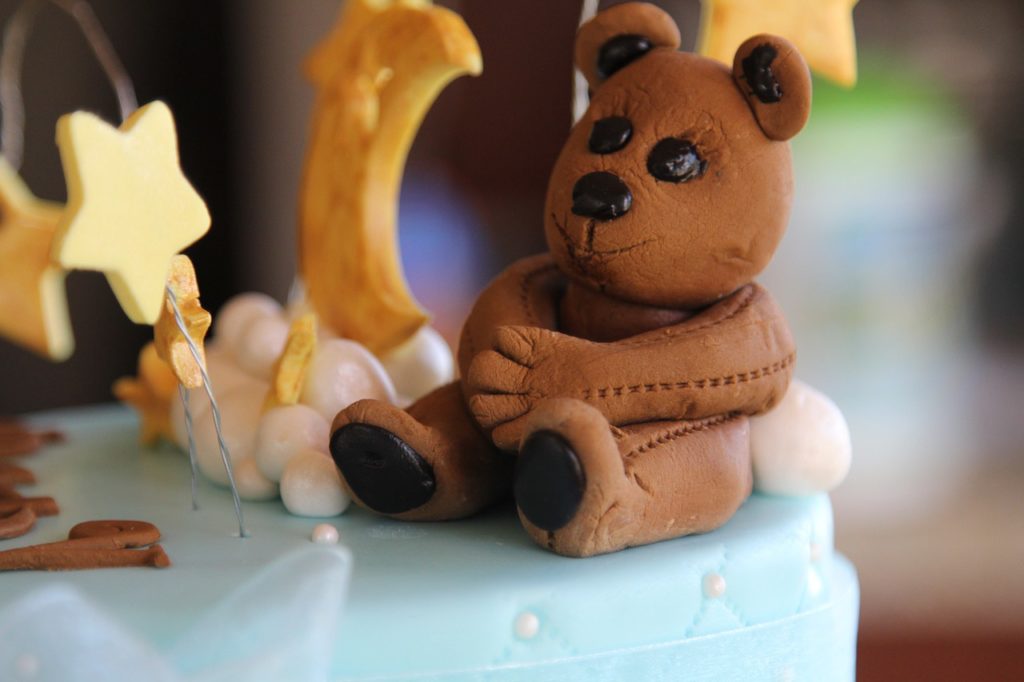 I discovered I was pregnant on a beautiful day in the spring. I was elated to find that after a lifetime of traveling the world and finally settling down with a lovely Italian man, my final dream was only nine months away. The only downside was that I was living in Italy, far away from my friends and family.

Being pregnant made me increasingly homesick. Being pregnant during the information age exacerbated that homesickness to new heights. I watched as many of my childhood friends, who were also pregnant, uploaded pictures of their baby showers. I felt completely isolated and forgot why moving to Italy was such a great idea.

After a couple of weeks passed without hearing from my sister-in-law, I began to lose hope. She had just moved to a new city and begun work at a new office. I began to feel that my baby shower was not a priority at the moment.

Then I began to feel guilty. Maybe I put too much on her plate.

Maybe I put too much on her plate. I thought, “She’s dealing with so much right now.”

Maybe I’m selfish by asking her to host a virtual baby shower on top of everything else.

These thoughts continued to swirl around in my head until I’d convinced myself that I was a horrible person and needed to rectify this by hosting the baby shower myself; and why not? I worked as a freelance translator, which left me free to set my own schedule. I had already earned the target I’d set for myself to cover my pregnancy leave. Why not just cut back on the translation work and do everything myself? My mom offered to help when I told her my new plan. I was so happy that we’d be working on this together. However, that didn’t happen.

My mother was also very busy, so I ended up putting together the entire website myself, including the email invitations. People have their own lives.

You can’t expect the world to stop just because you want a baby shower, I told myself one day in an attempt to hold back tears. Crying was something that became more frequent the further I progressed into my pregnancy.

[Tweet “You can’t expect the world to stop because you want a baby shower.”]

Once I was satisfied with the content, I sent out email invitations to all my friends. The plan was to have the website up for a month. During that month, everyone could go on the site and play games, sign the guest book, view pictures, and order from the web registry that I’d created. At the end of the month, we’d all get on Skype or some other video chatting service to talk and open gifts. That plan turned to dust pretty quickly.

First, everyone complained about the date that I’d chosen for the video chat. I compensated by adding more times and days. Then, people complained that the site where I had my registry was all in Italian.

I compensated by creating a step-by-step PDF on how to make a purchase from the site, complete with translations of all of the buttons. Then people began to tell me that they couldn’t come to the virtual baby shower because they couldn’t attend the video chat. I was confused as to why not participating in the video chat prevented them from visiting the website, which they could do at any time.

Then people began to tell me that they couldn’t buy me a gift because they couldn’t figure out the website. It was clear that they hadn’t even opened the PDF. The very PDF that I’d spent days working on to make sure every possible outcome was covered. I began to think that having a web baby shower was a mistake.

Clearly, I had no friends, and all this shower did was reinforce that.

I was finally brought to tears when I saw the pictures from a friend’s baby shower on Facebook. The baby shower was so extravagant that it rivaled a wedding reception. I was happy that she was so loved that someone would put this together for her and that so many people would show up to celebrate the new life she was bringing into the world.

[Tweet “I was alone no matter where I gave birth.”]

After this realization, something amazing happened! I began to get email notices about activity on my web page! All the people I was in constant contact with before and during the pregnancy had begun to visit the site. Then they began to RSVP for some of the video chats I’d scheduled and to buy gifts from the registry. My heart swelled with love for these people.

The web baby shower ended up being very small, but it was the best baby shower in the world. My favorite part was the Skype chats (which quickly turned into the Google Hangouts chats). I got to see faces that I hadn’t seen in years. I nearly cried from overwhelming joy.

[Tweet “I got to see faces I hadn’t seen in years. I cried with joy.”]

Having a virtual baby shower helped me feel a little closer to home. One month later, I gave birth to a healthy, full-term baby boy with my mom and husband by my side and the virtual support from my friend in my heart.

Patricia Bowden is a world traveler and a translator of academic medical articles for publication from Japanese into English. She now lives in Genoa, Italy with her husband and newborn son. For more information please visit her website here.

Baby showers are only one pregnancy tradition that isn’t so easy to maintain while living abroad.

Read more stories about pregnancy abroad, Knocked Up Abroad is available on Amazon and in select bookstores.