8 Surprising Things I Learned When I Put Down My Phone 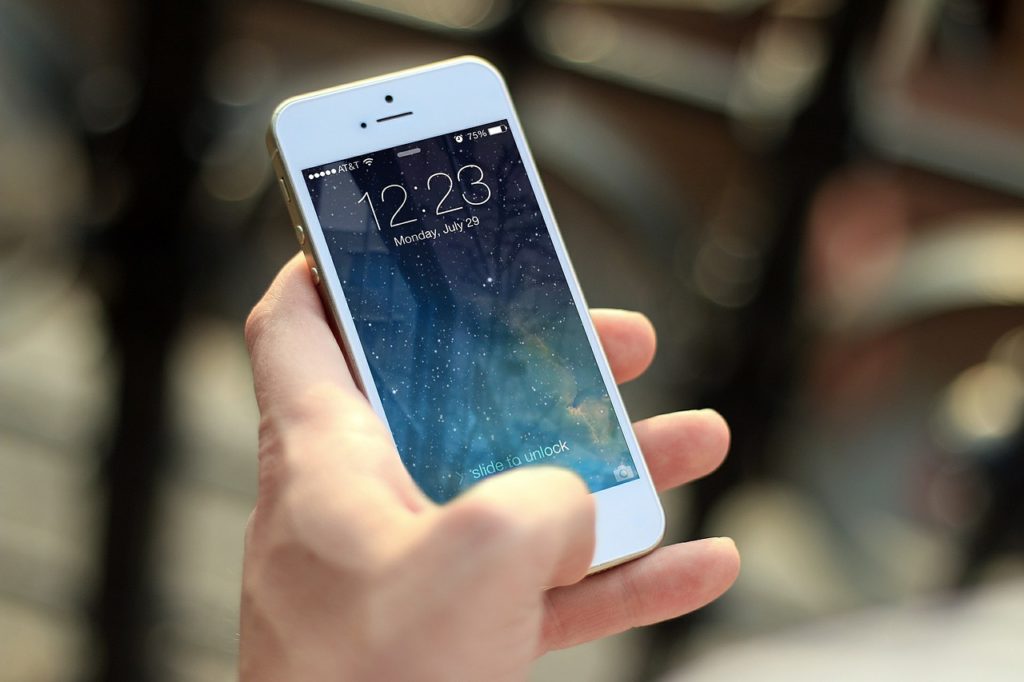 My phone is always in my back pocket, my hand, or my purse. I use it to take pictures and videos of my children throughout the day, and I justify that use always to have it nearby. I am mindful of limiting my children’s screen time but often forget that I am probably getting more 100% screen time than they are throughout the day. I compulsively check my email, social media notifications, and text messages. It’s a problem, and I know it.

The average American checks their phone 46 times per day according to a 2015 Deloitte study. People are distracted by smartphones, smart watches, and tablets while watching tv, crossing the road, and of course, while interacting with friends and family.

My kids’ reaction to my perpetual distraction was enough to convince me that I was glancing at my phone too often. My oldest started saying, “Mama, look at me, not your phone!” (Could it get any clearer than that?) The message was clear and I was committed to change.

In an effort to be a more present parent, I decided to challenge myself and experiment with living life sans phone during playtime with my children.

It’s not easy to break a compulsive habit—ridiculous as always checking one’s phone may seem to others—this was a real personal challenge.

[Tweet “It’s not easy to break a compulsive habit.”]

The Experiment—Parenting with less distraction for a week

Keeping my phone out of my hands was harder to do than I thought. All unlikely scenarios came flooding into my head and increased my anxiety. I decided to keep my phone buried in a deep pocket in the stroller—accessible in case of an emergency but not so convenient that I would be tempted to scroll through Facebook. No more pictures or videos of my children throughout the day. Those cute images of my kids looking at snails on the side of the road would have to be mental snapshots only. My iCloud photo storage capacity would thank me later.

My children are five and two-and-a-half years old, and like most kids, they whine a lot. My little one chirps endlessly, “Mama, mama, mama, mama!” before I have a chance to respond. Without my phone distracting my attention, I made more eye contact and responded to their “mama” chirps much faster than before. That wasn’t to say I was hovering, but I was making more eye contact.

With the increased and prompt attention, the kids whined significantly less, though it seems nothing could eliminate it completely.

Without the whines escalating into shouts and tantrums, we all had more conversations with each other. My son started making up stories about the things he saw on our walks. Perhaps he always made up stories but with my full attention prompting and asking leading question, he became more vocal about his surroundings.

3) We lost track of the time

I usually check my phone to keep track of the time instead of wearing a watch. An unintended consequence of going phoneless was that I had no idea what time it was. I picked up the kids from school and we would head off in search of fun at our nearby playgrounds. We played without time constraints and wandered back when our play came to a natural end.

By allowing play to finish naturally, rather than with an imposed time constraint, there were fewer tears and frustration. On the one day when we had to be somewhere at a particular time, I set a calendar reminder to alert us when we needed to leave. I still wasn’t checking my phone but instead, using it as a tool to manage our time. Set it and forget it. Without any pressing appointments, keeping track of the time turned out not to be all that important for us as a family.

4) More time with the kids

I noticed that time seemed to fly by when my head was buried in my phone. The real world continued to revolve while me while I was absorbed into my phone world. When I parented without my phone, the play hours felt surprisingly long.

Living in the present meant that I felt every minute of every hour, and consequently, felt like I had more time with my kids. Obviously, the time was the same, but it FELT longer. As someone who is always wishing for “more time with the kids” this approach did the trick. On the flip side, my trips to the bathroom weren’t nearly as long without the distraction of my phone, so I got fewer “Mommy needs a time out” breaks from the kids.

Without my phone in my hands or my back pocket, I was playing—hard. I was running at full speed, jumping, and weaving through a fictitious obstacle course we created at the playground. I was playing and reaping all of the benefits that children themselves experience when they are immersed in play—less stress and more fun. I left behind the constant reminders of my adult life and all of those responsibilities and could let go and act like a kid myself.

[Tweet “I left behind the constant reminders of my adult life and the stress along with it.”]

6) Fewer pictures of my kids

Maybe I don’t need to capture every bubble blown in the backyard if it means regularly putting an instrument of distraction between my children and me. Food for thought.

7) Increased consciousness of my phone dependency

I felt an increase in anxiety when I left my phone at home, and it made me acutely aware of how dependent I had become on feeling connected. We use our phones for everything—news, email, movies, music, taking pictures—and when I denied myself access to all that our smartphones offer, I was also cutting myself off from those stimuli. The number of times I reached for my phone and did not turn it on made me keenly aware of my compulsive behavior.

8) I noticed the little things

Often with my head buried in my email, I ignore the frequent calls for “Mama” as another annoyance when in fact, many times my kids were pointing out a little ladybug or beetle on the path. “You missed it,” my son once said dejectedly, shoulders slumped when I didn’t see the butterfly on the porch. Throughout the experiment I found myself noticing the little things and even pointing out more to my kids.

One day we played in the backyard and counted airplanes flying by and tried to find shapes in the clouds. I started to understand that kids see much more than we realize because their perspectives are so different from ours.

In a very not surprising conclusion, ignoring my phone resulted in increased positive engagement with my children. I realized that my compulsion to check my social media outlets was a habit that I had allowed to develop over time and like all habits, was very challenging to break.

To minimize the amount of time I spend on my phone, I have since begun utilizing the calendar alert functions, unfollowing popular threads on Facebook, and placing my phone on airplane mode more often.

Do you feel that you have an “addiction” to your phone? Do you feel anxiety if you forget your phone and have to go phoneless for a while? How would a seven-day mobile phone detox affect your parenting?

Parenting isn’t easy in any country. Read fascinating stories at Knocked Up Abroad.