The Parenting Advice That Changed My Life

If you find parenting advice that alleviates stress, follow it. 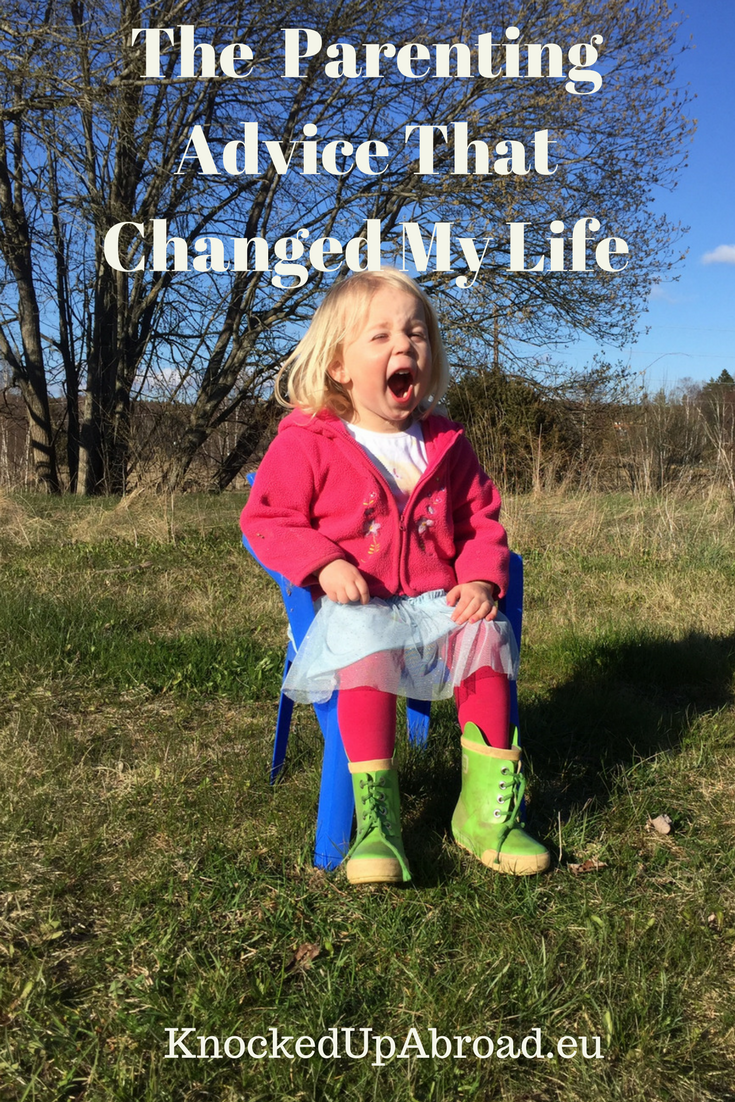 For a while, I managed a delicate balance between slight overprotectiveness and the desire to keep my child alive.

What looked like common, everyday items before my son was born grew into menacing, dangerous agents of destruction and death.

The couch was no longer a couch but a superhero launch pad. The kitchen drawers turned into finger pinching torture devices when he was pulling himself up to a standing position.

The playground across from our house, barely viewable from the kitchen window, was surrounded by a pedestrian path of safety. Often, though, the neighbors liked to drive on it and unload their groceries with ease. Their convenience came at the cost of my child’s safety.

Like a passive-aggressive-slightly-overprotective mother might, I placed a note in everyone’s mailbox alerting them to the fact that tiny children (often difficult to see when driving a car) frequently played at the central playground and that they couldn’t see cars coming around over the hedges.

An errant ball followed by a little kid only to be met by a car and other fictitious-but-entirely-plausible scenarios haunted me. Nervously, I accompanied my two-year-old son every time he wanted to play at the very small, very safe playground 20-feet from our house.

Once, while pretending to be a brave mom ignoring how high my son was climbing on a slide that was missing every type of safety feature imaginable, I distracted myself with a conversation with my neighbor. We chatted about the pediatric cases she saw as an ER doctor. Our days were remarkably different, and her perspective on free-range parenting was unlike any other parent I had met.

Perhaps in response to my overt nervousness or in some way to reassure me, she looked around and told me, “There’s nothing at this playground that will kill them,” and attributed my astonished reaction to a cultural difference.

“Not kill them? So, not resulting in death is a proper standard for playground safety?” I was appalled at the thought.

What started out as the confusion that a fellow mother would view the hazards of our community playground so differently from my own slowly changed into understanding and even later, acceptance.

Her words had planted a seed that took root deep within and sprouted around the core of my mothering. I had it all wrong before.

I had been trying to prevent any and all harm from coming to my child—an impossible task—which was the root of the majority of stress in my life.

My new goal as a playground watcher was simple. I was not there to prevent injury—only death. And, as the ER pediatric doc just told me, nothing at this playground would kill them.

I felt relief once I accepted that I could not prevent my child from falling and getting hurt—that was most assuredly going to happen at some point in time.

Accepting the inevitable—that childhood involves getting hurt because kids naturally test their limits—wasn’t easy to do. I had to shed my cultural conditioning that my job as a “good mother” was to keep them from getting hurt.

Counting to ten in my head and practicing deep breaths helped me stifle my ingrained reaction to warn and to remind my child of the potential dangers around every corner. I had to let him figure it out for himself.

Kids have to push themselves to find out how high, how far, how fast they can go. And we want them testing it out during this time-limited flexible era of childhood. Better now than when they are adults, and the consequences aren’t 30 days in a cast but much much longer and more painful.

Why worry about a broken arm? It’s not the end of the world. Why stress over the potential of getting sand in the eyes?

Throw the dirt around kids; if a problem can be solved with laundry, it’s not a problem at all.

That brief conversation at the playground that day changed how I approached parenting forever. I gave up at least 95% (maybe more as stress is often hard to quantify) of the parental anxiety and worry I had been needlessly carrying with me.

Of course, I still didn’t want my kids to hurt themselves unintentionally, but I bit my tongue and gave them space to make mistakes. They fall, and they do things I would never in a million years attempt out of fear.

Sometimes there are tears, bloody noses, and cuts and bruises. But, sometimes, they take a hard fall and bounce back reassuring me, “I’m okay!”

I’ve learned to trust their abilities, and they’ve developed new skills as they’ve stretched, hanged, and fallen from great heights.

They’ve learned that the feedback loop of pain into their feet when they jump from a rock that’s too tall is more beneficial than any warning that could come from my lips.

But most of all, I enjoy not clucking after them with all of the advice I learned from my own experiences that fall on deaf ears until they experience it for themselves.

A great book to read about the benefits of letting kids explore and test their limits is Balanced and Barefoot.

The Differences Between Then and Now: Reflections on Integration Blended Baby: Learning to Love Your Partner’s Family Background